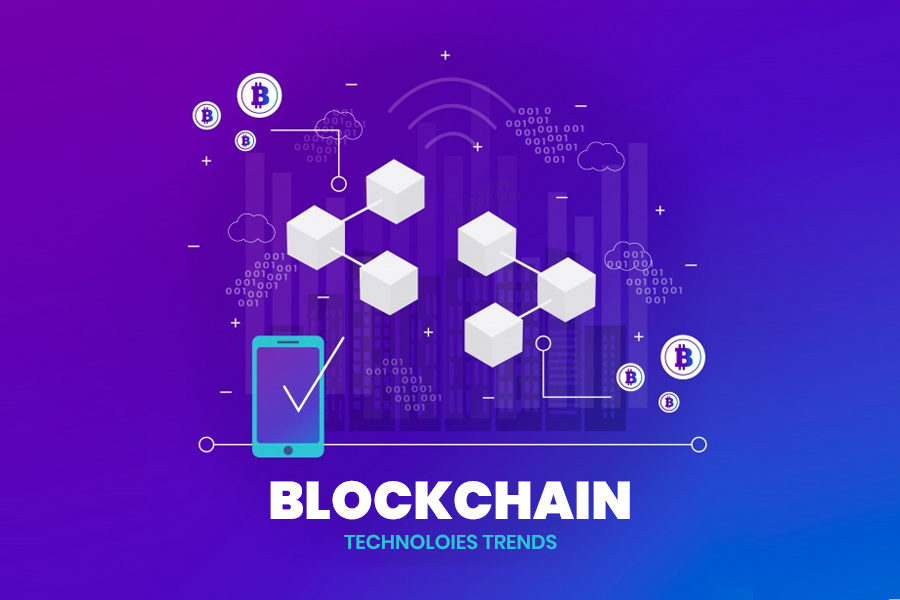 Blockchain is a technology that is bound to change life as we know it. Although cryptocurrencies, such as Bitcoin and Litecoin, are some of the popular applications of blockchain, there is a much wider scope of application for this technology.

Over the years, blockchain technology has improved, with innovations to maximize its application. In 2018, for example, the introduction of regulators was a notable trend in the blockchain ecosystem.

2019 has seen several blockchain trends. These trends, which are billed to cause a long-term change in the blockchain ecosystem, are highlighted below. Blockchain trends for 2019 include those that are being uncovered and those that have been somewhat established.

Blockchain as a service (BaaS):

With blockchain as a service, developers can create solutions and carry out other tasks and activities on a dependable platform. Developers also apply BaaS in adhering to the best practices in the development of solutions with blockchain technology.

The interoperability of blockchains has been a major trend in 2019, a trend aimed at excellent interactions between blockchains. Networking solutions allows the easy sharing of data between users. These solutions also enhance the speed of data sharing.

The development of solutions to improve the interoperability of blockchains is a trend which is bound to continue over the years, to widen the scope of application of blockchain technology.

The Ethereum app is one where the application of the interoperability trend can be clearly seen. Networking solutions incorporated into the app allows the easy transfer of information between Ethereum blockchain and EOS.

Financial institutions have been particularly interested in applying blockchain for digital asset management solutions. The application of blockchain technology in cryptocurrency exchange apps has also continued to get a lot of attention.

These features include the fact that it can pre-select nodes. It is also noteworthy that the monitoring of federated blockchains can be effected by multiples authorities. These authorities can validate transactions after the nodes are selected.

Features of federated blockchains make them especially suitable for sectors such as financial services, supply-chain management and insurance claims.

Several notable technologies are currently available. The integration of these technologies is a path towards maximizing their peculiarities. It has been pursued for blockchain and IOT, both impressive technologies of the present time.

The integration of blockchain into IoT is also aimed at reducing the costs of operation and enhancing the speed of the transaction.
In 2019, more organizations are acknowledging the benefits of combining these technologies and looking into the process.

An application of the integration of different technologies is the algorithm of Fijutsi. The algorithm was designed to assess the heat stress of workers using wearables. The integration of blockchain allowed the automation of insurance. If the sensors detect stress levels that are critical, insurance is automatically transferred to the affected worker.

Hybrid blockchain could be described to offer the best of public and private blockchains. Because of the unique features of hybrid blockchain, it is bound to be on the scene even beyond 2019.

In 2019, blockchain has been particularly responsible for the diversification of assets, especially in favor of digital and crypto-assets. Organizations realize the availability of this class of assets which are supported by solid platforms powered by blockchain technology.

The application of blockchain technology includes the development of tools that significantly enlarge the scope of reach of organizations. For example, firms can develop tools with which their services are offered on a global scale, as digital assets. The availability of improved security measures has made the digitalization of assets applying blockchain especially feasible.

The vast capabilities of blockchain technology are based on its decentralization abilities. The peer-to-peer system, which is the basis of blockchain, is the right ingredient for ensuring transparency and decentralizing systems.
Blockchain’s decentralization abilities can be applied in different areas, including governance. Blockchain can decentralize governments and inspire the trust of leaders in their constituents. Blockchain can be applied in decentralizing governments by making information about policies readily available.
It is also noteworthy that governance can be improved when blockchain is applied in issues such as identity theft.

Blockchain and AI are some of the most influential technologies of 2019. The synergistic application of available technologies towards maximum benefits drives innovation.

This is currently the case between AI and blockchain.
Both forms of technologies are peculiar in that AI is concerned with the application of information for identifying trends, while blockchain is concerned with powering systems for different operations and processes. When both technologies are combined, they learn from one another and maximize their joint capabilities.

In solving the issue of data control, blockchain can be applied in tracing data to its original source, as well as in avoiding the duplication of data. When a user deletes data from social media platforms, blockchain can also be applied in ensuring that that data is completely inaccessible by third-party sources.

As regards privacy in using social media, blockchain can be applied in ensuring data control by storing data in a decentralized form and preventing access by unauthorized parties.

Blockchain can also be applied in empowering social media users to control the content received. A lot of the existing structure leaves the content to owners of the different social media platforms, rather than the users.

Blockchain provides the security that is very much necessary to curb the cybersecurity issues that have been commonplace in recent times. Personal identification is one area where blockchain can be applied.

The application of blockchain in ensuring cybersecurity is feasible in situations that range from online shopping to data collected by organizations. Organizations are required to effect the strictest measuring in ensuring the security and privacy of data. Blockchain technology can be applied in this way.

The security of personal data with blockchain technology has been achieved by Shopin, a startup that developed a tool that serves as a universal shopper profile. This shopper profile will maintain the history of shoppers and share it with organizations, with the permission of the shopper.

Blockchain trends of 2019 range from those that affect social change to those that enhance the operations of organizations. Blockchain technology has a lot of potentials, which remains largely untapped. Thus, more trends are expected over time. The current trends are also bound to be improved and sustained.