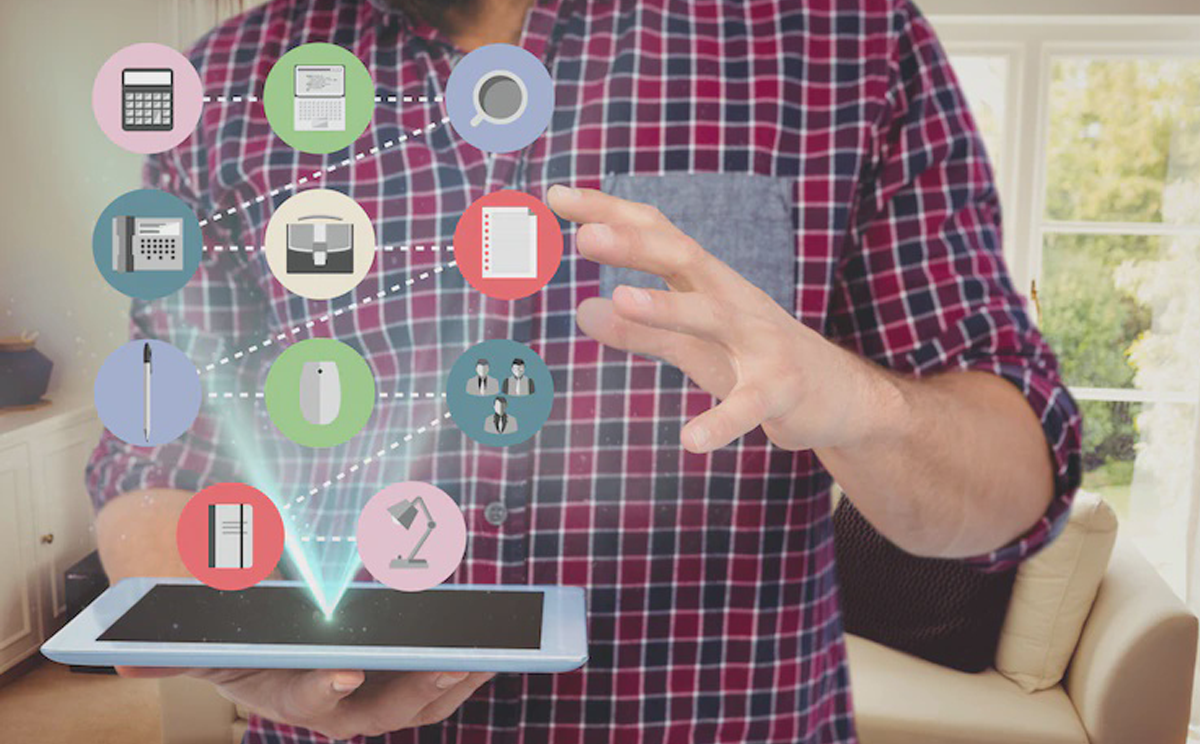 These technological advancements include the frameworks for building hybrid apps.

Hybrid apps are apps that include elements of web applications and mobile applications. Although these apps are web apps, they are put into native shells that make their use in different devices possible.

With hybrid apps, developers are able to write a single code that is applied across devices. This is possible because of the native container in which the app is wrapped.

The different features of the frameworks are highlighted, to give an overview and guide your choice. Here are the 13 hybrid app development frameworks.

Xamarin is notably one of the best app development solutions there is. It is an open-source solution that was developed by the same group of developers that created Mono. The popularity of Xamarin has especially grown since its acquisition by Microsoft. Microsoft acquired Xamarin in 2016. After the acquisition, Microsoft made the SDK of the platform to be open-source.
Apps are coded with Xamarin using C# language, with similar coding for all apps. Because Xamarin applies C# coding, .Net features are available on apps developed with Xamarin. These apps can also access native API.

Developers can create web applications that can run on different platforms. Apps are developed with HTML5 and JavaScript. The platform is supported by ExtJS.

Its use can be quite expensive.

React Native is used by a lot of developers, because of the use of JavaScript, which is easy to use and learn. Its popularity is as a result of these features and the simple UI.
It is a cost-effective app development solution.
Apps developed with React Native have excellent performance.
Iconic

Pros:
The single codebase of Iconic allows the easy development of apps.
Iconic has a large community of developers that is active and ready to put other developers through tough spots.

There are numerous UI interfaces available for different applications on Iconic.

Because apps developed with Iconic require a lot of plugins, their performance is impacted negatively.
The speed of heavy apps built with Iconic tends to be slow. Thus, Iconic could be described as unsuitable for developing heavy apps.
Iconic does not have the hot reloading feature which allows changes to be effected in real-time.

This is a framework that is utilized in making applications that are particularly fast. These applications are applied in education and enterprise. It is noteworthy that Lua is the language writing apps.

Pros:
Apps are written in Lua, enabling real-time testing.
Corona SDK develops apps that are up to four times faster than other apps.

Cons:
It could be described as a niched framework.

This hybrid app development framework is known for its ability to support several backend languages. Although this is a very new framework, its features reflect the future of hybrid app development.
It is especially noteworthy that Flutter uses a novel language, DART. DART is a combination of Java and Kotlin.

Pros:
The cross-platform compatibility of Flutter is unmatched. It is compatible with Android Windows and iOS, amongst others.
Flutter’s UI is another impressive feature, with an excellent feel and design elements.

This framework develops apps with excellent speed, which is noteworthy.

OnSen UI is a notable hybrid app development framework. It is open-source and free to use. Apps are written with JavaSript and HTML5. A large library of resources for OnSen UI is also available, making it easy to use. It is especially noteworthy that OnSen UI does not require Angular JS.

Pros
The ease of use of OnSen UI is especially noteworthy.
OnSen UI is also free and open-source, another feature that makes it user-friendly.
Several features are available for developers using OnSen UI. These features include Screen Transition and Font Awesome.

Cons
The community for OnSen UI is small.
Components of OnSen UI are lacking.

Originally known as PhoneGap, this hybrid app development framework is now known as Apache Cordova. It is one of the old frameworks, originally developed in 2009. With this framework, developers can apply CSS, JavaScript and HTML5.

Applies HTML5 and is thus used by a large community of developers.
The availability of a wide range of plugins makes it easy to use and drives development.
Designing with Cordova is easy, one of its noteworthy features.

Cons:
Apps built with Cordova could be slow. The slowness has been attributed to the difference in language.
Cordova is applied in certain niches and can be described as a niched framework.
The framework is tailored towards prototype apps rather than apps deployed for use.

Pros:
Apps created with Framework 7 have a free license.
Framework 7 is known for developing apps that are very fast.
It is used by a lot of developers; hence, there is an excellent community of Framework 7 users.

Framework 7 can only be used only for developing some of the new Android and iOS apps.
It lacks extensive documentation.
The use of Framework 7 can be confusing because it requires both JavaScript and CSS.
Intel XDK

It is a framework that supports the development of apps that are utilized across different platforms. It also supports other activities, such as testing and debugging.

Intel XDK has a preview feature that can be utilized during development.
It allows a wide range of development activities and is used by a lot of developers.
Support has been extended to Windows, iOS and Android.

The drag and drop feature, which makes its use time-consuming.

This open-source tool was developed by MIT for the development of apps for use across different platforms. Developing apps with this framework Angular framework and Bootstrap.

Suitable for light apps.
It is open-source and free.
HTML5 is used for writing apps.
Cons:
It is not suitable for complex apps.
Features are limited.

This framework applies web technologies in developing apps for desktops, tablets and mobile phones. Apps are created using JavaScript. It is one of the frameworks that have been around for a while.

Pros:
Because its SDK is web-based, it can be used for developing apps compatible with the Internet.
Has a growing community that is quite active.

It could be complex and expensive to use.
The flexibility of apps is limited.

NativeScript is a solid app development platform that was developed in 2014. It is suitable for developing apps used across platforms and can be described as quite advanced.
Pros:
Develops excellent apps.
Utilizes JavaScript and XML.

Cons:
The community of developers is still small.

Conclusion:
With this range of options of the 13 best hybrid apps development frameworks in 2019, you should be able to choose one to cater to your needs.

Data Quality as a Service (DQaaS) Facial Recognition in Retail and Hospitality: Cases, Law & Benefits Spark vs Hadoop: Which is the Best Big Data Framework? The 13 Best Hybrid App Development Frameworks for 2019 Data Warehousing in the Cloud: Amazon Redshift vs Microsoft Azure SQL

Let’s create something brilliant together!